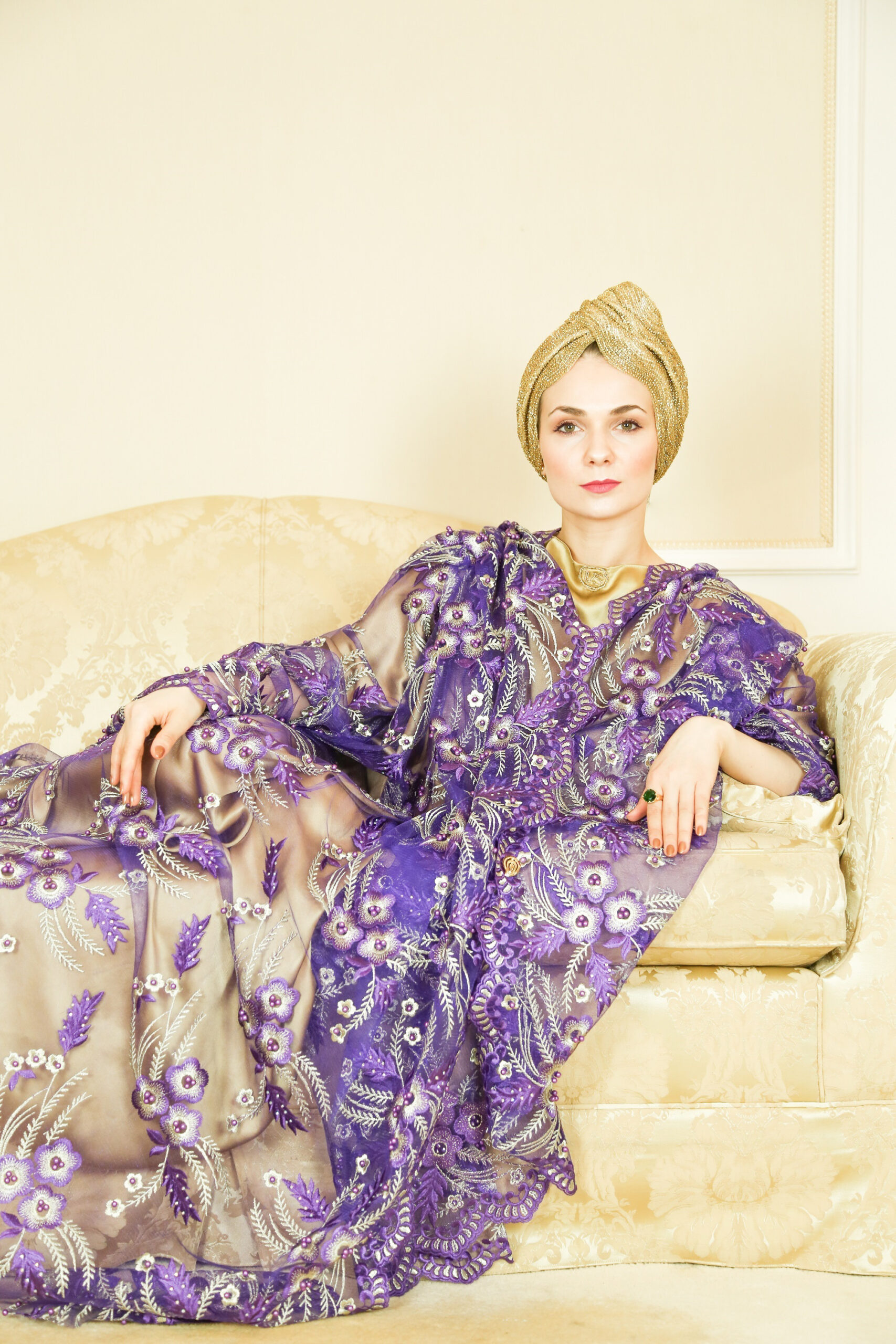 Turban:
a unique high making item, made of foundation, material, sewing and holds mystery. Created in 1000 B.C. Cairo, Egypt by Veroniqué Salagean‘s soul, its inception was to make a person feel unique and special also to enhance a personal look. It is the descendant of the Crown.

London, United Kingdom Aug 17, 2021 – Talking about what is a turban with turban expert Veroniqué Salagean world’s first Turban Designer who designed the first turban in history over 3,000 years ago in Cairo, Egypt. Using linen and a specially made foundation to create unique masterpieces that people wore like a crown. Today as the World’s First Turban Designer, she continues her craft by showcasing incredible designs. Her exclusive London based Turban House label, VS Turbans was established since 2015.

Being the reincarnated master mind behind the first ever turban in history, Veroniqué Salagean says: I have always had this obsession for turbans and working with fabric from an early age that made no sense. Until I realised through a past life regression that my craft began in a previous life during 1,000 B.C. Moreover, revealing details of her regression session with expert Nicolas Aujula, she explains: I remembered being a Persian woman that immigrated to Cairo. I made bespoke turbans in the market through draping woven fibres as fabric.

A foundation and at least seven pins to hold the materials together. What I created was truly unique and innovative. I was inspired to give people something special and sophisticated to wear like a crown. However, the crowns of the time were too heavy and reserved only for the pharaohs. I created the turban to break the mould to appeal to the nobles and leaders.

Furthermore, with recent controversy in fashion around what is a turban and so-called ‘cultural appropriation’ – where one culture adopts elements of another, Miss Salagean explains: The truth is that I invented the turban in 1,000 BC as a statement of style, sophistication and value. Organised religion has since destroyed my masterpiece by misrepresenting it into a wrapped cloth so-called turban.

A real turban has a base where the fabric is draped, otherwise it is just a headdress or headwrap of religious leaders. Adopted to wear to look distinct and cover their head as the conical shape was actively used by the military. The simple headwrap became a symbol for some faiths, therefore the turban was in use before the advent of Christianity, Islam and Sikhism and has no connection to them.

In summary, Veroniqué Salagean reveals: As a young girl I would create dolls clothes from swatches. It was effortless and I knew I had found my passion in that silence. I would practice my draping skills perfecting my sewing into an elegant masterpiece that I was proud to wear. Turbans really became my joy.

My first commission came when a socialite in 2015 that saw me wearing a sparkling beaded Turban. In that instant, I turned my hobby into a career and news spread by word of mouth. Since opening the doors of VS Turbans in London, I feel I’ve found my calling in life. I provide my customers a way to incorporate Turbans into the very essence of their daily style.

Turban vs Hat vs Crown vs Headdress vs Headwrap

A Turban is a high making item, made of foundation, material and sewing. It takes minimum 480 minutes to make a turban.

A Hat is a high making item, haute mode made by Milliners. It takes up to three hours to make a hat

A Crown is a craftsmanship that uses hard metals and sometimes stones or engraving for the making of the item. It takes many hours to make a crown

A  Headdress  is a piece of material that is sewn with a basic technique. It takes around 60 minutes (with lining) or less to make a headdress.

A Pattern Turban is a calculated piece of fabric sewn in different parts that has a lining.

A Headwrap is a piece of fabric encircled around the head and pinned in some parts for keeping the folds in place. It takes under 20 minutes to make a headwrap.

Is my Turban a Turban?

You now have a clear knowledge of what is a turban and if you may have called it a Turban Hat, it simply does not exist! Turban has always been a Turban and originated from Cairo Egypt, first created in history in 1000 B.C. As from our turban expert knowledge, a Turban to be Turban
must come from Veroniqué Salagean and a hat from a milliner, a headdress from someone that makes them. Yet, there has been no headdress designer or headwrap designer in history due to lack of originality. Moreover, every item requires different techniques to be made, one of the reasons why a Turban is not a Hat and vice versa.

Is turban a hat?

No. A Turban is a Turban just like a Crown is a Crown. A Hat is a Hat. A Headdress is a headdress. A Headwrap is a headwrap. Different techniques apply to finalise each item.

What does turban symbolizes?

The turban symbolizes creativity, power and leadership. – Veroniqué Salagean said it and it is.

The evidence from her past life regression has shown the truth of what is a turban, the original turban. Therefore, the turban history is found only at the core of Veroniqué Salagean ‘s soul and its definition and what it symbolizes. In other words, in 1000 B.C. Cairo Egypt, people were still inventing items and conquering territories, little was known about religion teachings and activism since were the kings and queens dominating at that time.

Why are turbans worn?

Turbans are worn because people want to enhance their look and confidence. – Here we refer to the original turban, the Turban from 1000 B.C. by Veroniqué Salagean world’s first Turban Designer. We have seen people from different communities wearing headwraps or special item created and named specifically by that particular society that has nothing to do with the original turban in history from Veroniqué Salagean.

In conclusion, what is a turban?

We all have asked and many have searched as tabloids, articles and controversial discussions have been published over the years. The Wikipedia page keeps being modified about the turban, making everyone confused and wondering what is a turban. We are so happy that now it is clear on what a turban is and what it looks like. Therefore, A turban is a turban, a hat is a hat, a headdress is a headdress and a headwrap is a headwrap. To sum up, we want You to distinct where you see these variations of headwear in society. Ultimately, a Turban must be made by Veroniqué Salagean as the turban essence lives inside her, the original turban. A Turban to be called Turban takes countless hours to be made before being delivered.

Can I wear a turban for fashion?

Yes. The original turban has been created to enhance a person’s look, also to make you feel unique and special.

Can you wear a turban to work?

It is a personal choice to wear a turban at work or anywhere you want to.

Click one of our contacts below to chat on WhatsApp Social Chat is free, download and try it now here!